After 2018’s raid Uldir, the next big raid of Battle for Azeroth – Dazar’s Alor now is live. The World of Warcraft update content offers the new raid and powerful mythic keystone changes. Traditionally, Horde and Alliance players would play through the same raid. Battle of Dazar’ alor will make players fight down different paths. Today we will give you some brief intro of the raid in this post. Also, welcome to buy WoW items you need at Bank4Player.com. Patch 8.1.5 is around the corner, Bank4Player.com is always here to provide you with all kinds of World of Warcraft items and gold at a cheaper price. 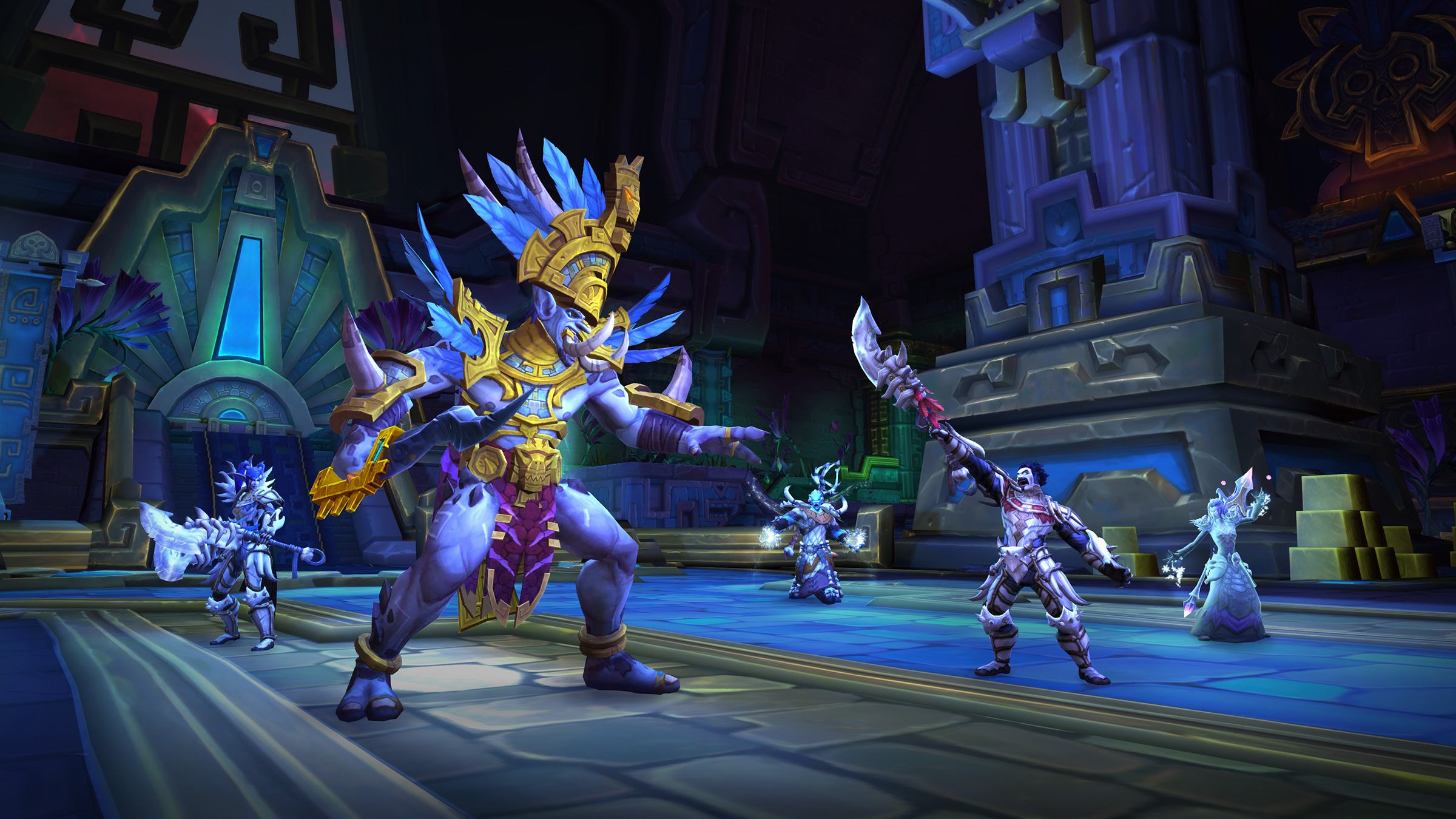 Regarding the raid, the storyline is about Alliance is attacking the troll kigndom of Dazar’alor, while the Horde is trying to defend it. The same raid task the different factions play in different path. That means raid bosses will appear in different order depending on which side of the conflict you fall on and surely there will be different enemies to face with. From there, the new mechanic comes, and things get a little bit completed.

The Alliance will play first 6 bosses in order and end with King Rastakan, before going back to see the Horde to their 3 next bosses. One of the (being supposed to be) the most insane challenge will be Alliance Lorde Admural Jaina Proudmore.

Unlike Alliance, the Horde will do things in a completely different order, completing bosses, getting their flashback to the Alliance’s experience, and then finishing off the raid by taking on Jania. The mechanic difference between the raids and orders will have significant implications for the world first race.

Normal and Heroic different of Battle of Dazar’s Alor raid are open, and the mythic open raid will open on January 29 in NA and on Jan 30 in Euro. The real challenge will com then, so get yourself ready for all! To help you boost power, Bank4Player.com is providing you with the top raid service and WoW Power leveling at a competitive price. An elite team is always here to serve you with super excellent service. Never hesitate to buy WoW gold and WoW items at Bank4Player.com!

Posted in News
Leave a Reply Cancel reply
NOTICE!!!
If you find ANY price lower than ours, let us know and we'll price match!
CONTACT US